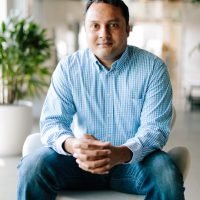 Since joining Poshmark in July 2016 the company has doubled in employee headcount and tripled in revenue growing from $50 million in revenue to $150 million. At the end of 2018, Poshmark hit $1 billion worth of transactions and was reportedly worth over $650 million. Under Anan’s tenure Poshmark had their largest fund raising round to date at $87.5 million and also acquired Totsot Inc. The business is growing 60-70% per year. Like many CFOs, Anan credits the company’s successes to the great team around him. With the tremendous growth the company has reorganized their operations group, expanded their HR team, grew their finance team, and continued to position the company for future growth. Future initiatives include taking Poshmark to Canada, and expand their content offering to areas like home.

Prior to Poshmark, Anan worked as VP of Strategic Finance, Investor Relations, and Corporate Development at Grubhub from 2014 to 2016, VP of Finance at Kayak from 2012 to 2013, and was an Investment Banker in Internet and Media at Deutsche Bank from 2007 to 2012. His experience with helping transition companies to public company-standards of financial reporting is one reason many believe him to be a great fit for the job.