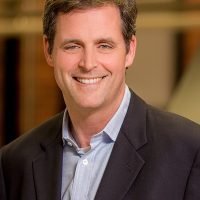 Bill Losch is Okta’s Chief Financial Officer. As CFO, Bill manages Finance, Investor Relations and Workplace Services, and plays an instrumental role in managing the company’s continued growth and expansion into new markets. Bill has led Okta through incredible growth since joining the company almost six years ago. Notably, he led Okta through a massively successful IPO in April 2017, which was followed by a streak of eight consecutive quarters of record fiscal results (as of March 2019). Not only has Bill been instrumental in managing the company’s continued growth and expansion into new markets, he has also played a key role in the founding and success of Okta for Good, the company’s social impact program. Bill helped make it possible for Okta to take the 1% Pledge — committing 1% of the company’s time, product, and equity to give back to the community — long before Okta listed on Nasdaq. He also helped to establish the Okta for Good Fund, a donor-advised fund of Tides Foundation designed to strengthen the connections between people, technology and community.

Prior to Okta, Bill served as CFO at MobiTV, Inc., the Chief Accounting Officer at DreamWorks Animation, SKG, Inc., as Vice President of Finance and Chief Accounting Officer at Yahoo! Inc. He has held various leadership positions at Universal Studios, Inc. and KPMG as well. Bill earned his bachelor’s degree in economics from the University of California, Los Angeles, and is a licensed CPA (inactive) in the State of California. Bill also enjoys running, hiking, and all Bay Area sports teams.