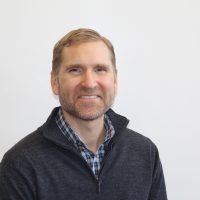 Charles has over 25 years of experience in the consumer and retail sectors.  Since 2012, he has been the Chief Financial Officer at Grocery Outlet Inc., a high-growth, extreme value retailer of quality, name-brand consumables and fresh products sold through a network of independently operated stores.  Beginning in 2005, Charles held various finance roles at Bare Escentuals, Inc., one of the leading multi-channel cosmetic companies in the United States and an innovator in mineral-based cosmetics, serving as Chief Financial Officer from 2010 to 2012.  Prior to that, Charles worked in finance roles at The Gymboree Corporation and Arnold Palmer Golf Management.   He began his career in the Investment Banking Division of Goldman, Sachs & Co. in New York and San Francisco.   Charles holds a B.S. in Business Administration from the University of California, Berkeley.   He lives in the Napa Valley with his wife and three daughters.

In his tenure at Grocery Outlet, Charles has contributed to a number of significant strategic, operational, and financial accomplishments including: