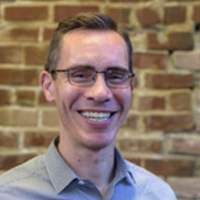 David is a finance veteran with over 25 years of experience spanning financial planning and analysis, mergers and acquisitions, controllership, corporate development, audit, and internal controls.

David is passionate about companies like HomeLight, Inc., that use technology to reduce unnecessary complexity and empower individuals to make better financial and life decisions. He joined HomeLight in August 2017 as one of the first 50 employees and the company’s first full-time finance hire. During the last five years, he has overseen expansion of the company from one business line to three, over 650 employees in the United States and overseas, greater than 140 percent annual revenue growth, and the creation of a finance organization of over 30 employees to support the company’s rapid growth. David has led HomeLight through three equity financing rounds and three debt financing rounds to a current valuation of $1.7 billion. He is a strong believer in organizational and personal growth, solving problems and creating positive business change, and the concepts of cross-functional collaboration and building effective teams.

Prior to joining HomeLight, David was Vice President, Finance at CafePress, Inc., where he led the company’s Strategic Finance and Financial Planning and Analysis functions across the United States, and was an integral part of the team that took CafePress public in March 2012. His career has spanned a variety of locations (from North Carolina to London to San Francisco) and roles, from audit and mergers & acquisitions at Deloitte to corporate and strategic finance roles at Sun Microsystems, Inc., and Oracle Corporation.