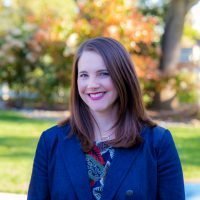 Erin Sorgel, is the 4th generation to work at her family’s Caterpillar dealership in the 83 year history of the company. Throughout high school and college, she held nearly every accounting job at the company. After graduating from the University of Colorado Boulder, with a double major in Accounting and Finance, she earned her CPA license.

After Public Accounting, Erin returned to Peterson in 2007 as a Six Sigma Black Belt. She then earned her Master Black Belt and led Peterson’s Six Sigma team through multiple projects adding millions to the bottom line.  Throughout her tenure at Peterson, she has been involved in five acquisitions and took a lead role in the most recent International Truck dealership acquisition in 2018.  During the great recession, she became the Director of Financial Planning and Analysis for Peterson and took on many responsibilities including Corporate Purchasing and Credit.  Over the following years, she studied under her predecessor, Mark MacGuidwin, to prepare for the transition to CFO. In 2017, she was promoted to her current role as Chief Financial Officer, becoming the first female executive in Peterson’s history.

Erin has a passion for continuous improvement and building a strong, values based culture with a focus on collaboration and accountability.  She is a leader in Peterson’s ongoing culture journey.  She teaches, leads and applies Peterson’s core values and communication principles through intense two day workshops for all employees.  She strives to make Peterson better every day and continue her family’s legacy onto the 5th generation.

Erin and her husband Chase have three children; including a set of twins, and believe that their children are their greatest responsibility.  When not working, they dedicate their time to their children and enjoy quality time with the family.