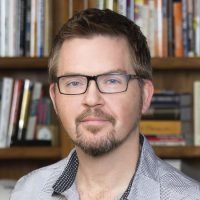 Jason’s career spans 27 years across all aspects of Global Finance, specializing in scaling disruptive technologies within E-Commerce, Local Commerce, Consumer Hardware/IOT and Real Estate. He most recently joined Opendoor as CFO in January of 2017, which since joining, has scaled from $400 million to$ 4 billion in run-rate GMV, while also recently completing two funding rounds totaling $1 billion. Previously, Jason spent nearly five years as the first CFO of Groupon.com, where he drove the Initial Public Offering in 2011 (the largest IPO in Tech since Google in 2003), while also scaling the company from $700 million GMV to $7 billion when he left in 2015. Before Groupon, he was CFO for Amazon.com’s $25 billion international business and held a number of finance leadership roles spanning nearly 12 years at Amazon in Asia-Pacific, Germany and North America in functions such as Investor Relations, Technology Finance, Marketing Finance and Corporate Controller.

Prior to Jason’s nearly 12 years at Amazon, he spent over seven years at Arthur Andersen where he was a CPA and Consulting Manager. Jason has lived and worked in Seattle, New York, San Francisco, Chicago, Munich and Tokyo. Jason obtained his Bachelor of Arts degree from the Foster School of Business at the University of Washington, where he currently serves on the Global Advisory Board.