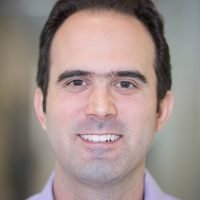 Upon graduation from Williams College in 1999, Joe began his career at The Coca-Cola Company based in Beijing, China. After multiple operational roles, he managed the P&L for 20% of Coca-Cola China’s net profit at the time (China is the third largest Coca-Cola market in the world). After Coca-Cola, Joe earned his MBA from Harvard Business School.

After HBS, Joe spent the next 12 years partnering with founder CEOs at high growth companies. In these roles, he found himself consistently involved in strategy and operations in addition to the core finance roles. In 2006, Joe returned to Beijing to join New Oriental Education & Technology Group (NYSE: EDU) ahead of its successful IPO. Joe was initially responsible for investor relations activities in preparation for its NYSE listing and after IPO transitioned to Head of Corporate Development reporting to the CEO. In that role, Joe sat on the Company’s Investment Committee and led a number of acquisitions, which facilitated EDU’s entry into the after-school tutoring business. This after-school tutoring segment now accounts for over 1/2 of total student enrollments, and was a major factor helping the company grow to its current market cap of over $10 billion.

Joe began his CFO career in June 2010 as Chief Financial Officer of TAL Education Group (NYSE: TAL) and led its IPO on the NYSE in October of that year. Over his 4 years at TAL, Joe oversaw more than 4x top and bottom line growth as the Company expanded its footprint from 6 cities to 19 cities, 108 to 287 learning centers, and 2800 to over 8000 employees. Joe managed a team of over 140 with 5 direct reports across the Controllership, Corporate Development, Treasury, Internal Audit, and Investor Relations functions. In May 2014, Joe led a $230 million convertible bond offering to support further strategic investments in online and mobile education platforms. During his tenure, Joe oversaw investments and acquisitions exceeding $75 million.

In January 2015, Joe joined as CFO of Credit Karma, where he has helped the Company increase revenue over 4x, broaden its business and product lines, expand internationally, and raise multiple rounds of financing, most notably the $175 million Series D led by Tiger Global and other key cross-over investors in June 2015 as well as Silver Lake’s $500 million investment in March 2018. In his role as CFO, in addition to the key finance functions, Joe has had business and partner operations, business and financial systems, facilities, HR (between Aug 2016 and Jan 2018) and events (between Aug 2016 and Dec 2018) report into him at various times in his tenure.