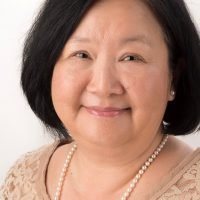 Kathy Cheng has been a finance leader in the YMCA movement for almost 40 years. She began her career with Accounting and Finance leadership positions at the YMCA of Greater Saint Paul, Minnesota for 20 years and then moved on to the Bay Area starting with the YMCA of Santa Clara Valley in San Jose, California and then later became the shared CFO for both the Santa Clara and Mid-Peninsula Y for three and a half years before becoming the CFO for the YMCA of San Francisco for the last 13 years. Her role and responsibilities were expanded when she was promoted to Executive Vice President and CFO/CAO in May 2016. She has oversight for Human Resources, Risk Management & Legal and Properties in addition to Finance and Accounting and Information Technology departments.

Kathy holds a Bachelor of Sciences Degree in Accounting from Brigham Young University-Hawaii Campus and a Master of Business Administration from the University of Minnesota.

Kathy has served as chair of the Bay Area YMCA Financial Director Network, Secretary for the YMCA Urban Group CFO Network, founding member and member of the Steering Committee of YMCA Asian Leadership Network and is currently the Trustee of the Fred Hoshiyama Scholarship Fund serving the Asian Employees in the YMCA movement. Kathy enjoyed being a mentor and had been speaker in various capacities inside and outside the non-profit sector.