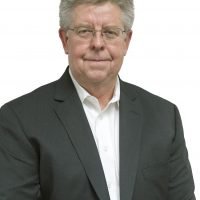 Keith Jensen began his career in public accounting with Coopers and Lybrand where he held leadership positions in Silicon Valley, San Francisco, and New York National offices. Following Coopers and Lybrand, Jensen moved to Dorado Networks as Chief Financial Officer where he helped grow the company from a small start-up to an enterprise organization generating more than $40M in revenue. Dorado Networks was later acquired by First American Title.

In 2006 Jensen move to Sybase, a publicly held enterprise software and services company which would be later acquired by SAP America. Jensen held multiple roles at Sybase/SAP America including  Chief Financial Officer and Chief Accounting Officer. During his tenure, the company grew to $1.1 billion with over 240 people on the finance team. In November 2012, Jensen resigned from Sybase/SAP to take on a new challenge at DataDirect Networks, a privately held data storage company. As the Chief Accounting Officer and Chief Financial Officer for DataDirect Networks, Jensen led a team of over 90 people spanning across multiple departments, including Information Technology, Accounting, Tax, Treasury, and FP&A. In May 2014, Jensen resigned from DataDirect Networks, and moved to Fortinet, Inc. where he has served as the Chief Financial Officer (CFO) since May 2018.