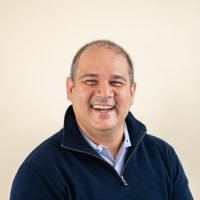 Prabir Adarkar has served as our Chief Financial Officer since August 2018. Prior to joining us, Adarkar served as Vice President of Finance (Head of Strategic Finance) at Uber Technologies, Inc., a transportation network company, from September 2015 to August 2018. From July 2008 to September 2015, he was with The Goldman Sachs Group, Inc., an investment bank, where he served most recently as Vice President, Technology, Media & Telecommunications Investment Banking.