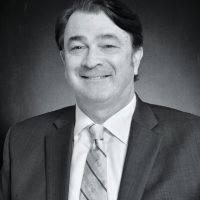 Sabri Ozun joined the Olympic Club of San Francisco in newly created position as the club’s Chief Financial Officer in late 2018. He welcomed the opportunity to bring CFO level forward thinking with contemporary management financial techniques to the Club. Prior to The Olympic Club, he served as CFO in non-profits and as a senior finance leader in banking, with over 22 years at Citigroup.

Ozun was born in Republic of Turkiye to teacher parents and moved to the United States at the age of 16 as a high school AFS foreign exchange student in San Diego, California. He excelled in the sport of swimming early in life and represented his country at the international level as a mid-schooler. He and his brother continued their athletic and academic success through college as full scholarship athletes at the University of Nevada, Las Vegas. As a result of focus on academics followed by swimming, Ozun was able to compete in the 1984 Los Angeles Olympics for Turkiye and placed within the top 25 in men’s 100-meter fly, and he was also part of a relay team that placed 12th.

With an interest in solving complex problems, Ozun dove into his studies while swimming competitively and selected finance as his area of focus. His talent in observing people and matters combined with technical learnings were a great fit for the finance field, where he would go on to progressively increase his problem-solving skills.

Ozun leads by example through collaboration and communication. Development of staff is key to an organization’s long-term success and survival, and he’s a big believer in empowering his employees. At The Olympic Club, he has helped coordinate multiple different verticals to enhance the overall business goals by eliminating silos and embracing collaboration. He has a knack for treating everyone – from entry level to the top – as equals.