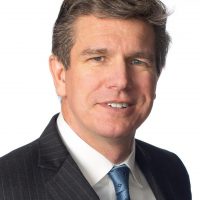 Mr. Auvil brings more than 20 years of experience in finance, technology and corporate leadership to Proofpoint. Prior to joining Proofpoint, Mr. Auvil spent six months with Benchmark Capital as an Entrepreneur-in-Residence, where he evaluated investments and advised portfolio companies. Prior to Benchmark, he spent four years serving as the CFO at virtualization leader VMWare, where he played an important role in helping the company to evolve from a promising start-up to one of the fastest growing companies in the history of the software industry. Previously, he served as the CFO for Vitria Technology, Inc. In that role, he executed both initial and secondary public offerings and led Vitria’s acquisition of XML Solutions, Inc. Before joining Vitria, he held various executive positions at VLSI Technology, including vice president of the Internet and Secure Products Division. Mr. Auvil holds a Bachelor of Engineering degree from Dartmouth College, and a Master of Management degree from the J.L. Kellogg Graduate School of Management, Northwestern University. In addition to a wealth of business experience, Mr. Auvil also holds patents in digital video compression in Japan, and one patent in the U.S. for a high speed, PCI compatible on-chip data bus.

Throughout his tenure as Proofpoint’s CFO, Paul has instilled a well-established tradition of giving back by encouraging and supporting employees to volunteer in their local communities. Under his leadership, each of Proofpoint’s 15+ office locations contribute to local charities and non-profit organizations with year-round philanthropy events and fundraising drives with a focus on helping feed the communities where they work and live. Initiatives include supporting local food banks, annual holiday toy drives, Make-A-Wish donations, and more. Locally, Proofpoint first partnered with the Second Harvest Food Bank in 2006, and the resulting contributions and donations made to date equate to over 373,000 meals.

Paul is also committed to developing excellence in the next generation, which is underscored by Proofpoint’s exceptional internship program. Hundreds of university students worldwide have creatively contributed to stopping today’s toughest cybercriminals while building foundational professional experience and lasting relationships.